The SSD on my 11″ 2012 Macbook Air has now failed too, this time nothing is registered in disk utility.
If your system ever gives you the firmware flash screen when there hasn’t been an update which you’ve initiated then take it as a signal that the end is near, this time round it was 2 weeks between the two events. 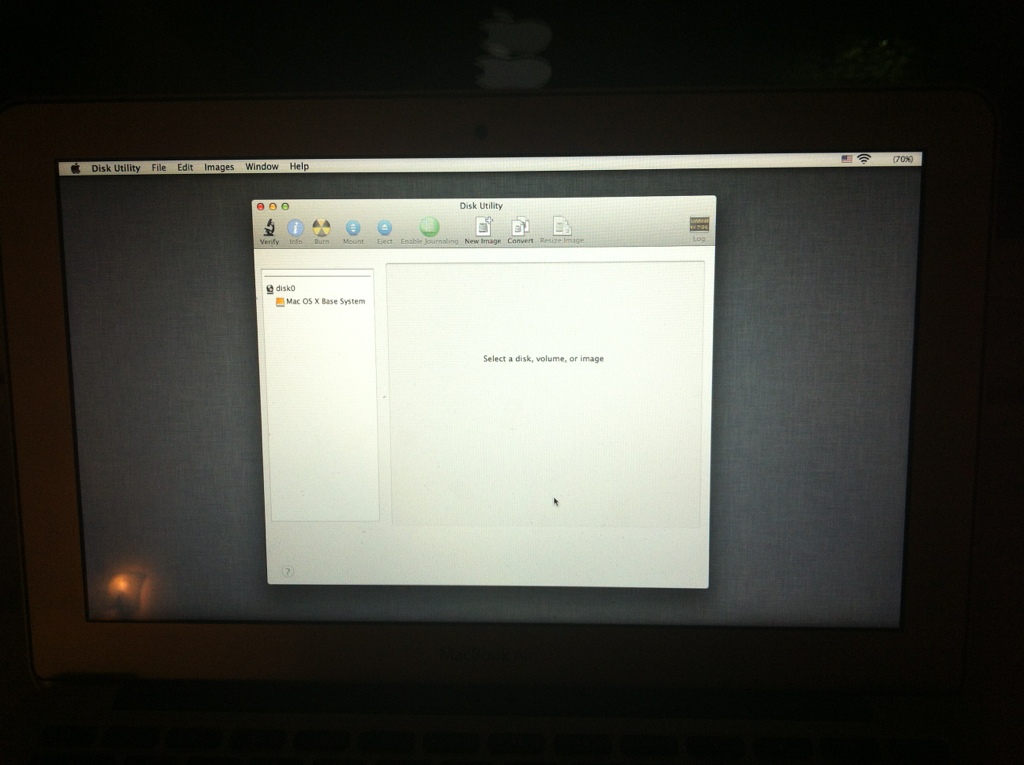 Work issued me with a mid 2012 MacBook Air, one constant running issue has been rebooting on wake from sleep after a thunderbolt display has been attached or detached in previous state, with the upgrade to 10.8.3 I also started experiencing graphics glitches on wake. In the last week things took for the worse, Friday & Saturday I experienced my system going back to intial login screen on wake & after logging in having two concurrent sessions which meant some apps didn’t work correctly, Sunday night after a fresh reinstall, system failed to detect system disk but after 15 minutes everything was ok, on Monday I rebooted & the system displayed the progress bar at the boot screen as if it was flashing firmware though I’d not initiated an update.
Today I returned to my computer to find the system hung, power cycling the system produced the same flashing folder with a question mark which means unable to find system folder.
Booted off a 10.8.3 USB flash disk, disk utility reports a 33KB Sandforce SSD! 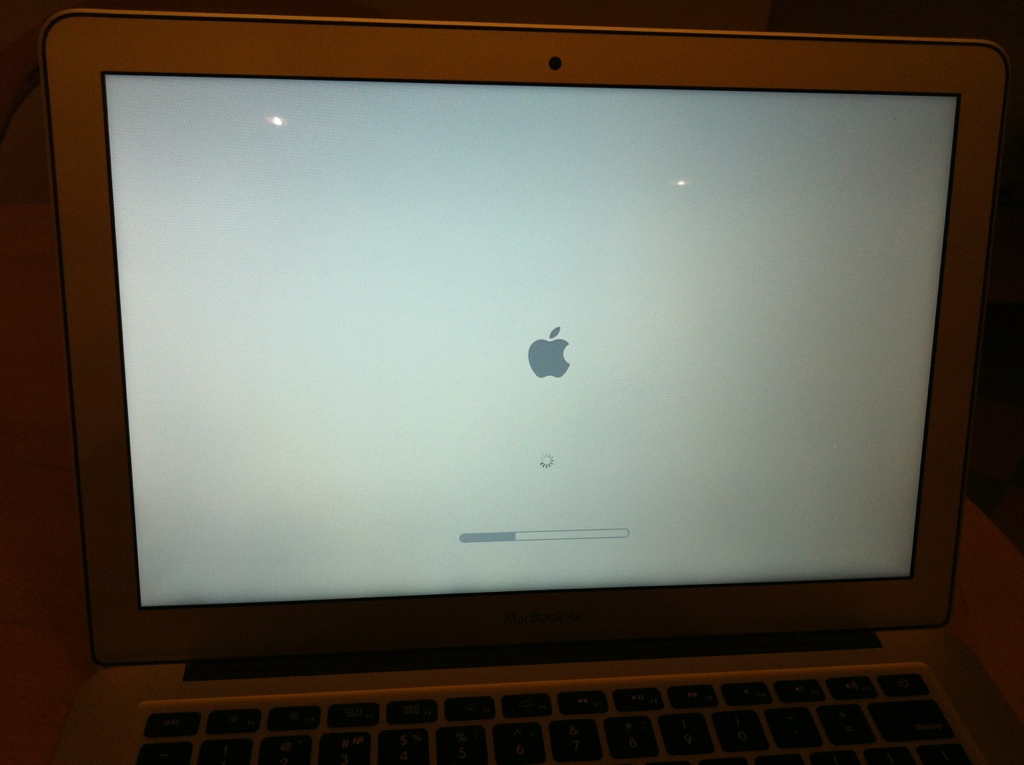 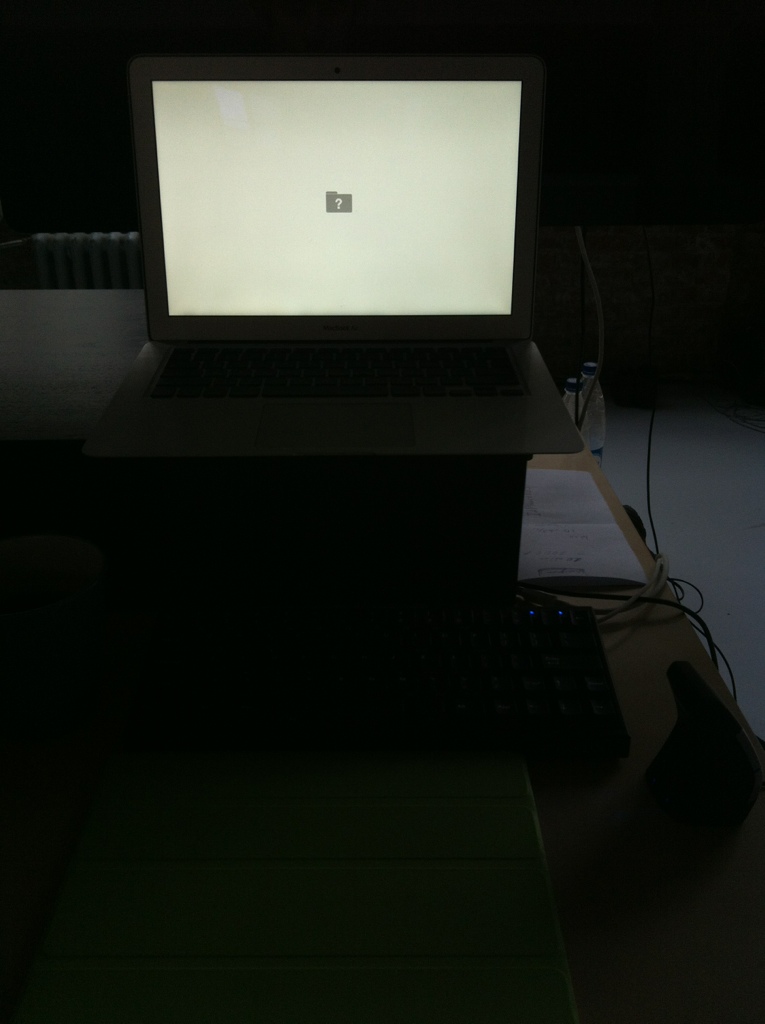 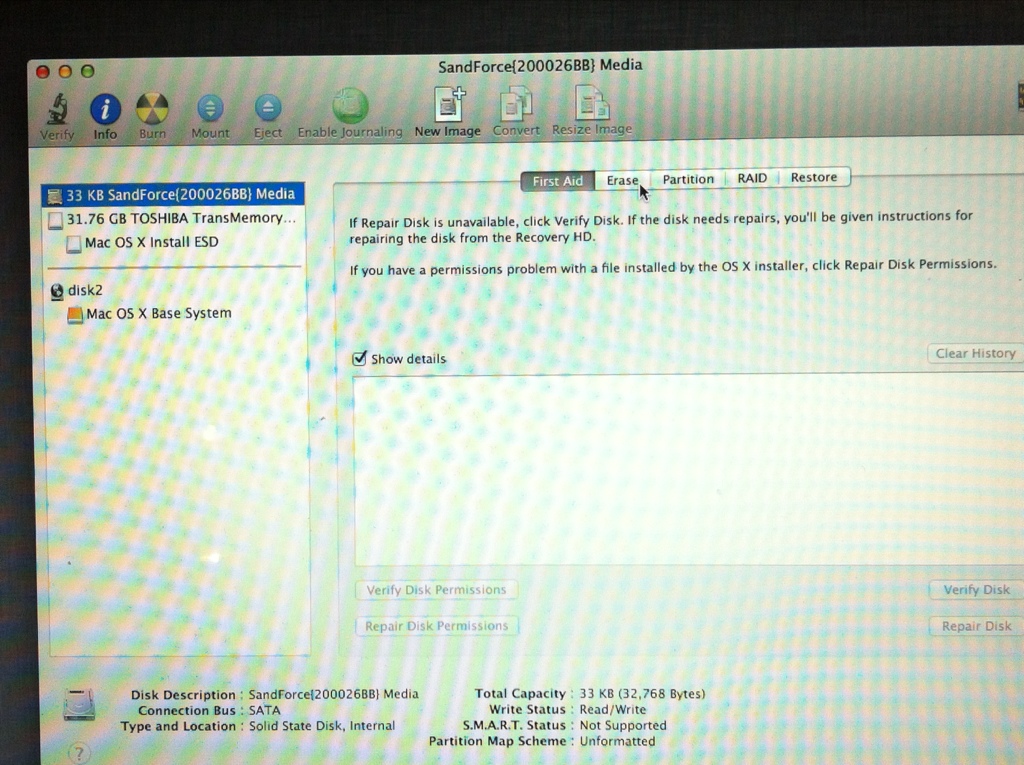