I’ve kept an eye on the iPodLinux project since I got my 120GB iPod Classic back in 2007, I was never able to try out the fruits of the project as the last supported model was the one prior to the Classic & from the description of the site, the reason was the Classic & newer models used an encrypted firmware.
I was bored tonight & decided to revisit the project to see if any progress had been made & found the site no longer loaded, reading up on the wikipedia page revealed freemyipod which lists the device as supported, so I gave it a go.

Why would you want to do this?

Installation is only supported via Linux or Windows & is fairly straightforward, I went with the “no iTunes installed” path on Windows and was done in a few minutes. Only sightly annoying thing is that the device needs to be formatted as part of the install process. 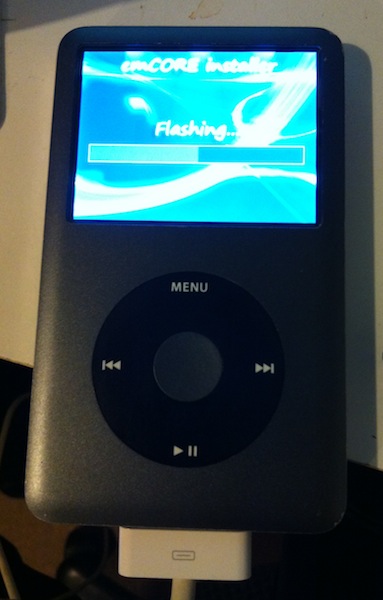 Why would you not want to do this?