nwdiag is a tool written in python for generating network diagrams from text files, rack diagrams can also be built using the bundled rackdiag utility.
nwdiag requires PIL built with freetype2 support, if this is missing you’ll receive the following error when you try to generate a diagram:
ERROR: The _imagingft C module is not installed.

It appears that freetype2 support is not built by default & I wasn’t paying enough attention so I missed the notice following the summary
To add a missing option, make sure you have the required
library, and set the corresponding ROOT variable in the
setup.py script..
After a brief search I came across this blog post which covered how to define the paths for the freetype library & header files.
Setting FREETYPE_ROOT in setup_site.py to
FREETYPE_ROOT = "/usr/X11/lib", "/usr/X11/include"
solved the problem & the summary listed --- FREETYPE2 support available when I reran the build process.
After that everything worked fine, the following config generated the image at the bottom of the page:
nwdiag {
inet [shape = cloud];
inet -- router;
router;
network office {
router;
"Mail server";
"Web server";
}
} 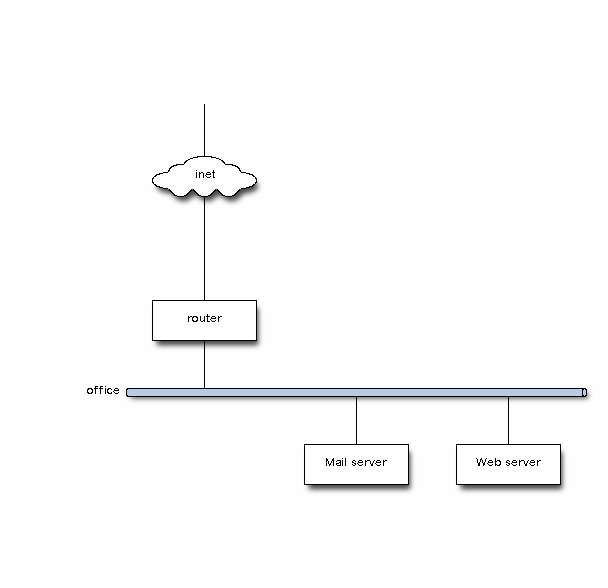 The project is still in its infancy and there are features missing for implementing common elements from a cisco discipline (like representing etherchannel) but it’s promising as you can put a simple diagram together very quickly.