I made a few recordings on my iPhone using the Voice Memos app but out of the three recordings I was only able to transfer one of them successfully into iTunes.
The way it’s meant to work is, if you connect your iPhone to your machine & select Music > Sync Music & tick the Include voice memos then when you sync your phone, your recordings should show up in a playlist in iTunes named Voice Memos.
Assuming your files have been processed correctly that is!

What happens is when you record your voice memos, they are saved as quicktime .mov files, then the app converts these to .m4a files afterwards. If you’re unlucky & this conversion process is interrupted e.g in my case I made these recordings on a iPhone 3G which meant no multitasking, switching out to another app meant that I was left with an incomplete m4a file which would never play or get imported, at the time I assumed this was due to the fact that the recording was too long for the iPhone but now that I’ve upgraded to the iPhone 4 & still experiencing the same problem I decided to look further.
I downloaded a demo version of PhoneView which gives you access to the files stored on your phone & fired it up, selecting the Voice Memos folder I could see my recordings which I selected & hit the “Copy From iPhone” button.
The file which transfered succesfully into iTunes previously played without a hitch, but the other two still wouldn’t play though file(1) reported all three files as:
ISO Media, MPEG v4 system, iTunes AAC-LC
Looking at the preferences for PhoneView I enabled “Advanced disk mode” to see if I could dig a little deeper 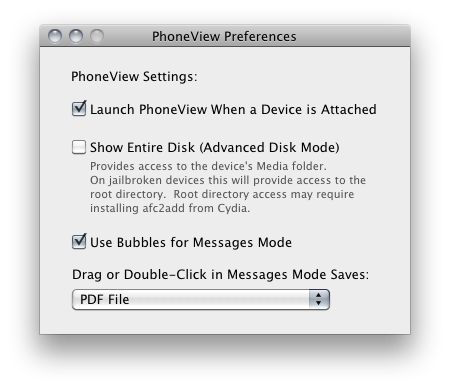 After enabling this & selecting the Disk folder on the top left hand side I was given access to the filesystem on the phone, selecting the Recordings folder I could see .mov files of the two recordings which I couldn’t get to play so I copied them out & gave them a try in quicktime, these turned out to be the intact recordings. 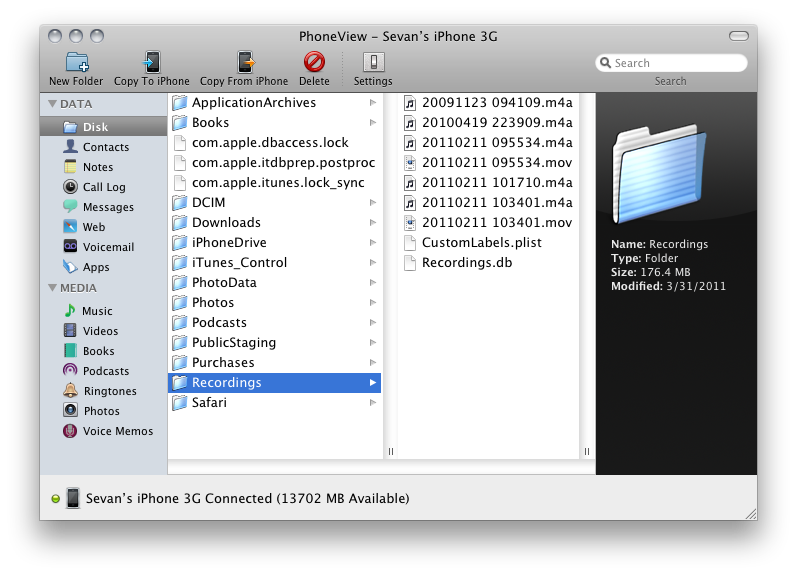 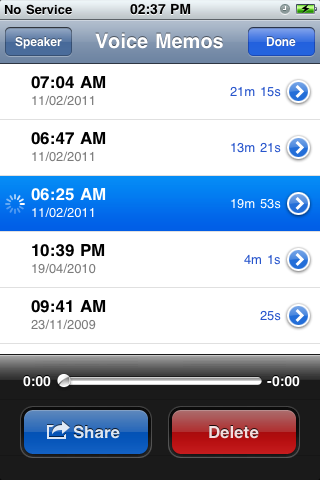 15 Replies to “Unable to transfer voice memos from iPhone”