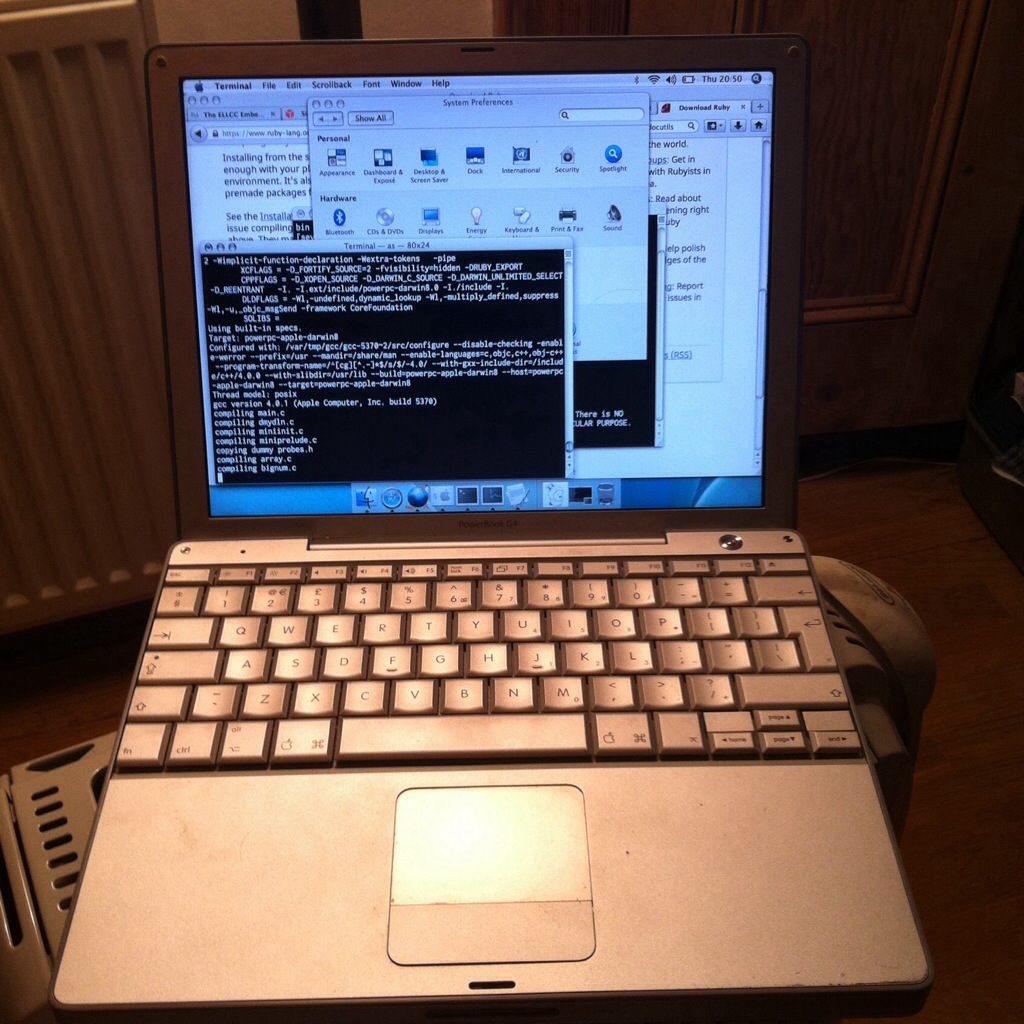 With the talk on Twitter & App.net about old computers I started to get nostalgic. I had cleared out most of my collection back in 2012 & been resisting the urge to resume hoarding again largely, having successfully put off the purchase of a Ubiquiti EdgeRouter Lite to run FreeBSD on, I remembered that I was offered a G4 PowerBook a few months back which I turned down. It was still available if I wanted to take it, which made very happy. a 12″PowerBook6,4 that I’d assumed it was going to be a 15″ model. I’ve been playing about with it for the past couple of days, wiping the pre-installed copy of Leoapard & going through the Panther to Tiger path. 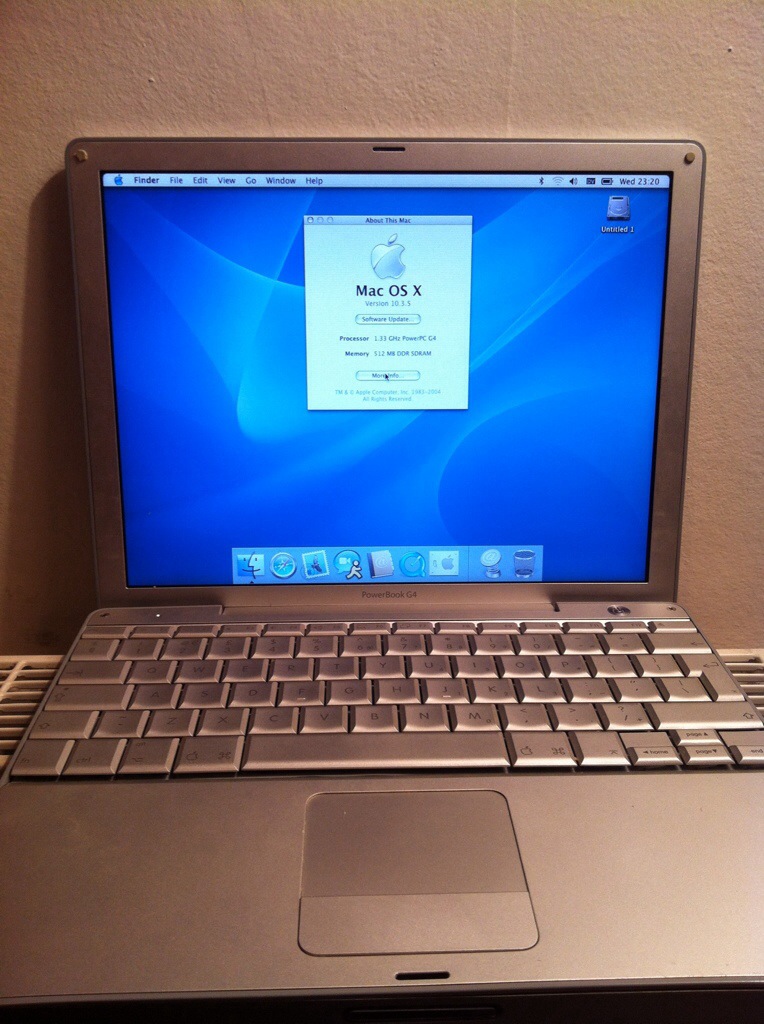 The system is now running 10.4.11, patching was a lot of fun, java update after java update, pretty sure it didn’t seem that bad at the time. 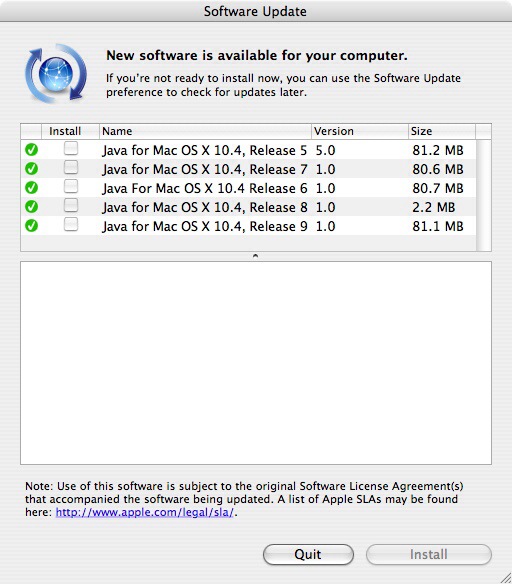 It was interesting to see that there was no iTunes update made available, having to manually fetch v9.2.1 from kb DL1056. Safari was updated to v4.1.3.

With no more updates on offer from the software update facility I disabled the java & macromedia plugins by moving them out of /Library/Internet Plug-ins & /Library/Application Support.

Going back to Tiger was a mixture of pleasure & pain, visually, I much prefer the brighter white look of aqua, as opposed to the grey theme which introduced in Leopard. Terminal.app in Tiger is not that great, font smooth is particularly poor, I may have to resort to sourcing a copy of the original iTerm. Plan9 from userspace built without issues using gcc from XCode 2.5, but I guess finder doesn’t like something about the bundled transparent icon of Glenda on the dock as it shows up with a white background & though acme launches correctly, the icon continues to bounce on the dock.

F.lux 1.1 is the last supported PowerPC build which runs on Tiger, no support for UK in location settings of this build.
TenFourFox takes the place of Firefox as an up to date, maintained version for the PowerPC Mac’s. Python was updated to 2.7.6 using a package straight from python.org.

There is a PowerPC Software site, which contains links to the last builds of popular software which supported the PowerPC Mac’s.

Mercurial & Ruby built successfully from source, pkgsrc also bootstrapped without any issue, the system is currently building GCC 4.8 from pkgsrc.
Needed to declare MACOSX_DEPLOYMENT_TARGET=10.4 otherwise the build process would fail with ld: flag: -undefined
dynamic_lookup can't be used with MACOSX_DEPLOYMENT_TARGET environment
variable set to: 10.1
The system currently has 512MB of RAM & a 74GB HDD, 40GB allocated to OS X & the remaining intended for use with OpenBSD, will have to netinstall OpenBSD as I don’t have any blank CD’s with me, no USB hub, the USB ports don’t provide sufficient power to run a Zalman Virtual CD and I suspect the system is unable to boot from USB anyway. Been looking on Amazon for IDE SSD drives but probably will increase the RAM first. 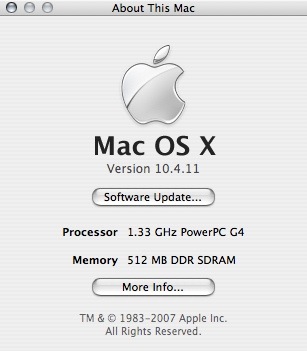 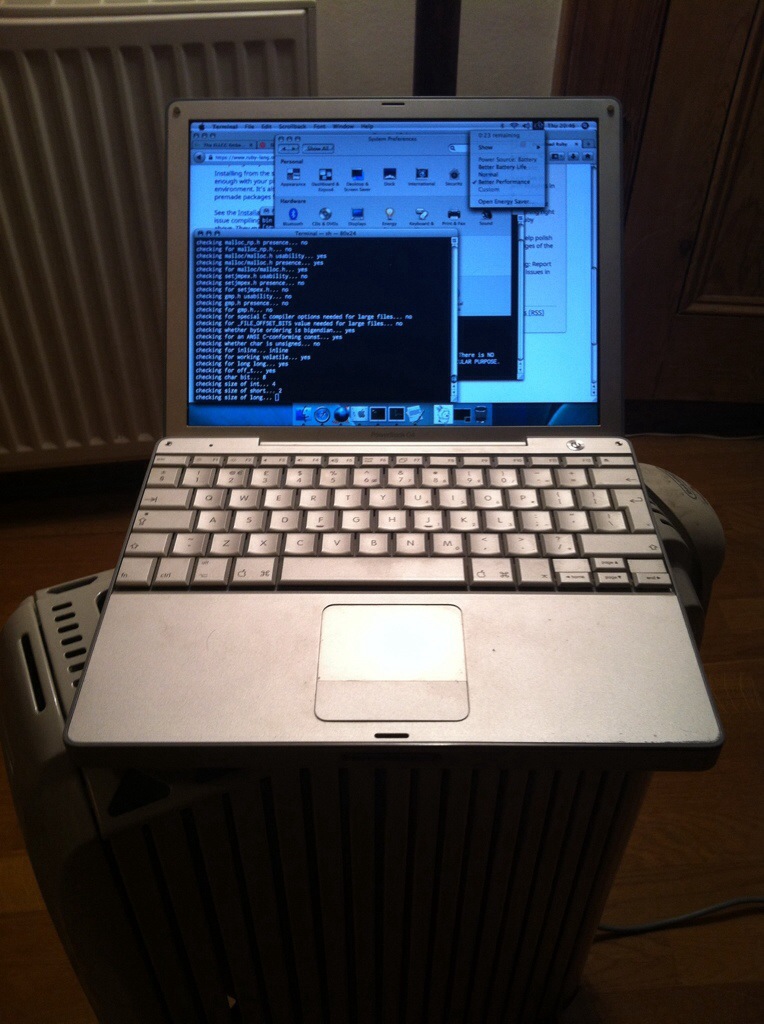