I wanted to re-configure my 11″ MacBook Air so that it dual boots Mac OS X as well as OpenBSD but found that I was unable to boot from a USB flash drive containing 10.8.5.
Booting from a flash drive resulted in a prohibition sign in place of the apple logo with the spiral animation continuing to spin. 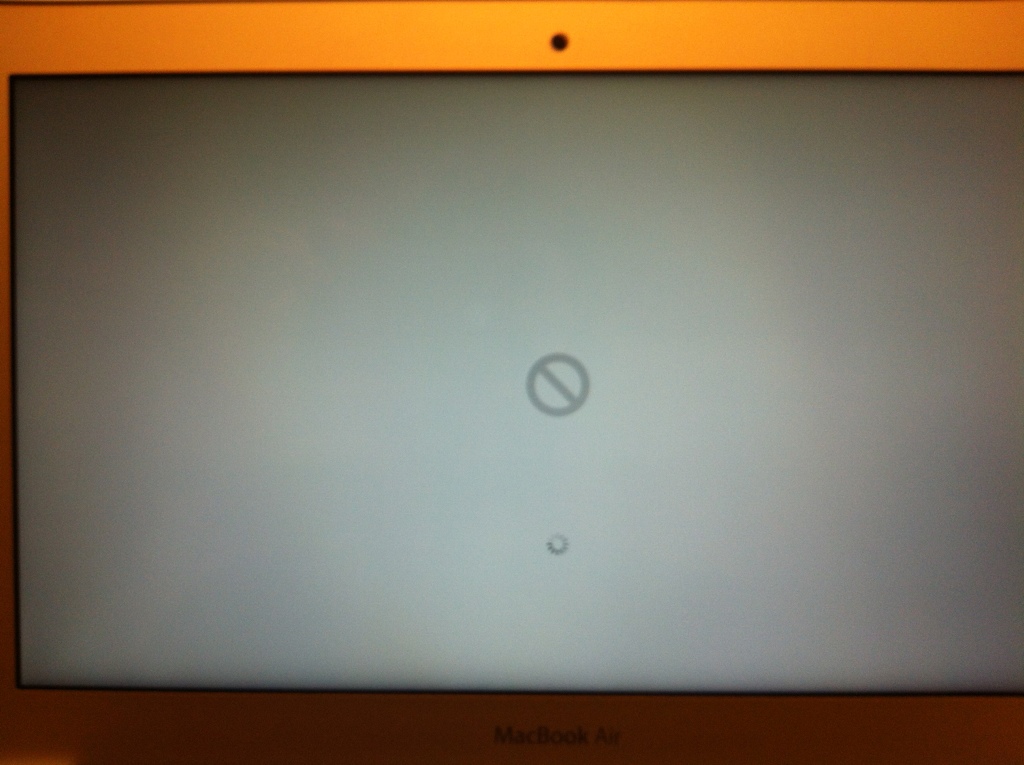 , I assumed this message was regarding the USB boot disk, it turns out it’s referring to onbroad SSD. 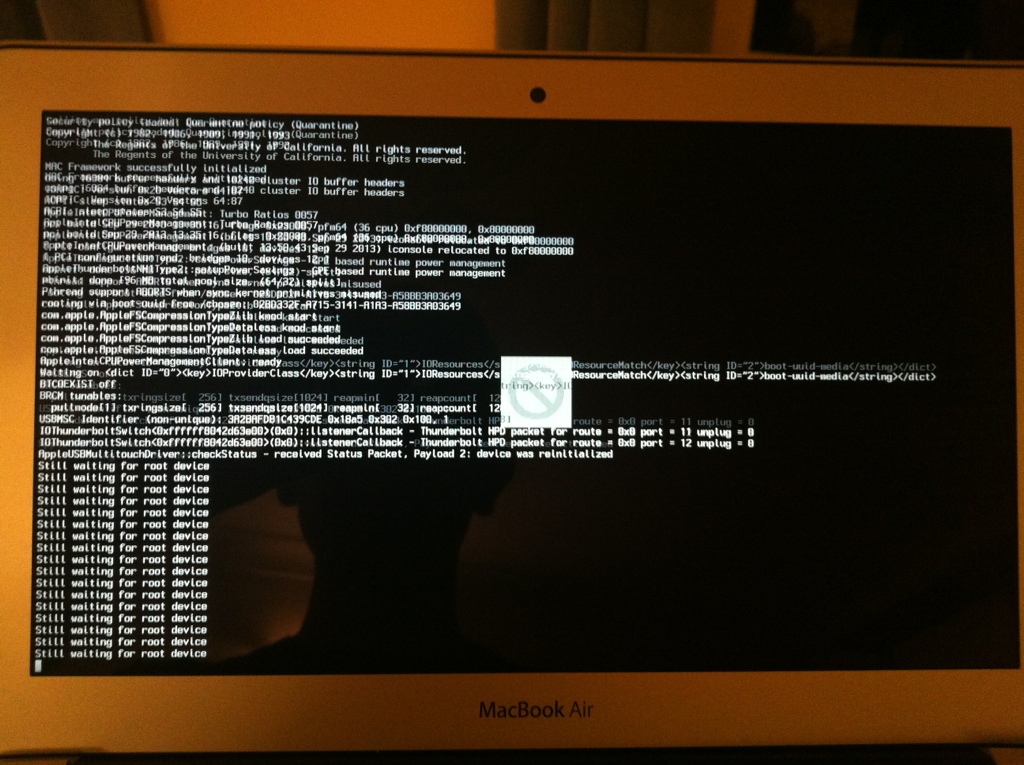 Searching around I found a thread which used the remote recovery function along with a USB flash drive to restore the Mac (something which I was trying to completely avoid because my internet connection is really poor & the recovery process is slow), this reminded me of the recovery disk assistant which allows you to build a recovery disk as well as update the recovery partition on your system disk.
Attempting to boot from a recovery disk succeeded & allowed me to repartition the SSD in my macbook air with disk utility. I was then able to boot from the USB flash disk containing mac os x & reinstall successfully.

Edit: clarify that it was the SSD which was repartitioned in last paragraph.